Are Air Fresheners Safe For Cats? 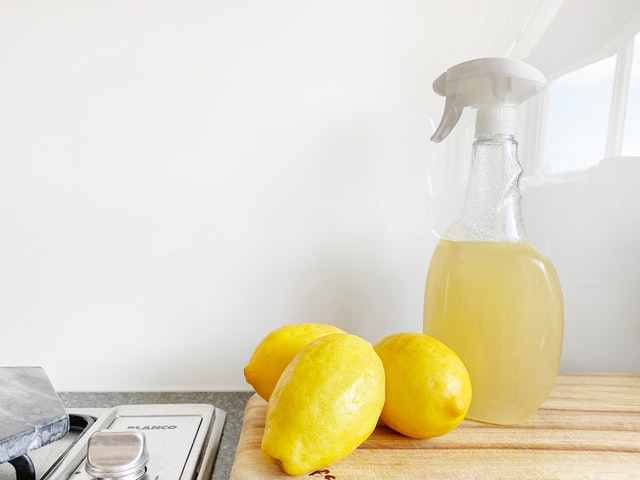 It's critical to avoid toxic house items and choose environmentally friendly, natural alternatives as a cat lover and caregiver. Your cat's liver and kidneys are already working hard to detoxify pollutants in carpeting, particle board furniture, vaccines, flea treatments, the air, and so on. Indoor air is considerably more hazardous than outdoor air!

Did you know that a cat's sense of smell is 14 times greater than ours? The noses of cats have about 20 million nerve cells, whereas ours have only 5 million. So just think about how strong or pungent an odor must be to you, as opposed to your cat. Now think about plug in air fresheners being four times more pungent. That's how your cat feels when you use an air freshener.

Choose healthier options to limit their (and yours) exposure to pollutants. This will aid in the maintenance of stronger, healthier immune systems.

There are several chemicals emanating from plug-in air fresheners 24 hours a day, seven days a week. To release the scent into the air, they need a carrier. Phthalates is one such chemical. Phthalates have been linked to the following effects:

The plug-ins leave a very thin oily film on everything nearby, including the floor your cat is walking on. And when cats groom, they ingest the residue of this oily film. In addition, the chemicals and synthetic fragrance are inhaled and are irritants to the lungs and nasal passages, so they really should be avoided around those with allergies and asthma.

Many spray air fresheners, even those labeled “natural” and “unscented,” also contain phthalates. These are toxic chemicals that should never go near your cat, let alone having them ingest them all day.

They also contain 1,4 di-chlorobenzene (which is also found in toilet deodorizers and moth balls), which is known to be carcinogenic. It attacks the sense of smell receptors in the nose and is used to eliminate it. As a result, you are lead to believe that there are no odors in your house. Furthermore, 1,4 di-chlorobenzene is a key chemical used to make DDT, DDD, and DDE. I don't know about you, but I don't want anything linked with DDT anywhere near my kittens, cat odors be damned.

What To Use Instead of Plug-In and Spray Air Fresheners

First off it's time for some basic house maintenance that we avoid doing because we are lazy. So first, keep the kitchen clean, remove the trash, and keep the litter box clean.

Although this may seem obvious, if you believe your house smells bad, it's probably due to one of these reasons.

You can also use an air purifier/ionizer. These ionize the air, making it seem cleaner than it is in actuality. The technique works by attracting positive ions to a surface. Positive ions are in fact “negatives” such as dust, allergies, unpleasant odors, chemicals, pollen, mold, cigarette smoke, pet dander, and other airborne irritants. They release negative ions into the atmosphere , which are “positives," giving rise to fresh air. It's a bit cryptic I know. Some of them have UVGI technology that also destroys germs, viruses, bacteria , and other microorganisms that cause disease .

If you really need to get a scent added to the room, use a diffuser or an essential oil atomizer to scent your home. DO NOT USE TEA TREE OIL. Purchase ready-made sprays, make your own sprays, or create your own fragrances with pure essential oils instead of synthetic air freshener products.

Ideally, keeping your house clean will eliminate odors and avoid you spending money on a glade air freshener every week that's only going to dispel harmful chemicals that your pet's respiratory system won't be able to handle. Avoid putting air fresheners anywhere near your healthy cat and make sure you find an air freshener designed for cats (they usually state the have conducted animal testing on the bottle).

How To Make Your Cat's Litter Box Smell Good

Litter boxes are designed to be cleaned regularly. It's a small box with a lot of bad smells and bad ventilation. As we learned, cats have a much keener sense of smell than we do, so if you smell it, they definitely do.

On that note, if you need a refresher on cleaning your cat's litter box, click here to read our article on it.

If you need an air freshener for your cats litter box, make sure it's a solid air freshener and not a spray. The spray kind is generally a toxic air freshener, and it's not going to do a good job to eliminate cat odors unless you really douse it in spray (which is extremely harmful!).

There are air fresheners designed for litter boxes that will help reduce the unpleasant smells, but the best air fresheners are the ones that come naturally. Your cats health is important, and nasty smells come secondary.

If your cats litter box really smells that bad that you have difficulty breathing while in the same room it might be time to check on your cat's food consumption or at least make sure you cleaned their litter box.

At the end of the day, eliminating odors is a tricky task when you have cats. A lot of chemicals irritate them and there's a huge safety risk in using volatile organic compounds as room sprays as they will damage your cats central nervous system. If your cat's health is important to you, follow these simple tips to make your house smell great even with your cats.

Buy cat friendly plants that help with air purification. Clean regularly and be sure to clean up your cat's fur as that can trap a lot of nasty odors. Scented candles are still amazing as long as your cat doesn't try to play with them. Burning natural oils could be okay in small doses but it's best to avoid it. Any toxic scents are actually toxic, and anything claiming to give natural scents is probably lying unless you verify it.

One comment on “Are Air Fresheners Safe For Cats?”

4 Alternatives To Declawing Your Cat

Maybe you’ve heard, maybe you haven’t. Declawing cats is kind of bad news. Most people are against it, vets included. It’s a nasty process that sort of screams laziness. And yes, I know there are legitimate reasons to declaw a cat (I have a great reason as well). But there’s equally great alternatives that are […]

Read More
How To Keep Cats Off The Furniture

We’ve all been there. Sitting on your couch and you hear an unfamiliar clanging in the kitchen. It almost sounds like some of the jars on the countertop are moving, but there’s no one in the kitchen… And you remember your cats newest trick, jumping up on the countertop.  It’s a frustrating experience - and […]

We live in a four cat household, so it’s pretty common for us to hear a cat meowing almost all the time. Especially Yavapai, he’s our most vocal cat by far.  Meows are cute - it means your cat is trying to communicate with you. In fact, science has shown that cats don’t really meow […]